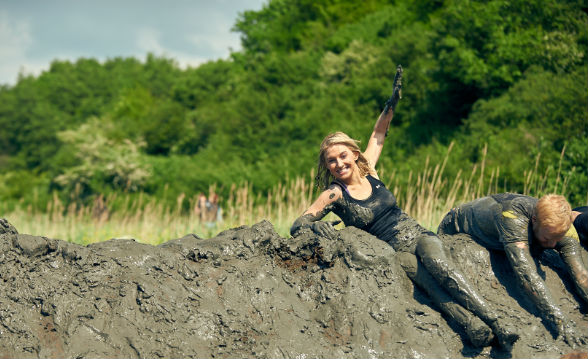 Welcome to my weird and wonderful life!
I have not had what you would call, a ‘normal’ life so far. Diagnosed with a rare form of bone cancer at sixteen and the receiver of a second hip replacement at the age of twenty six, I have been on a truly unique journey.

I set up an awareness campaign called 'Fighting Fit For Ewing’s' (FFFE) in 2013 after receiving news that I would remain on crutches permanently. It was at this point that I decided to take my life back. Too many years had been wasted while I waited to get better. That meeting with my consultant was the kick start that I needed.  Three weeks later, Fighting Fit For Ewing's was born.

The campaign is centred around fitness and physical challenges. The purpose of participating in challenges is to highlight the importance of exercise for rehabilation and I am living proof that it actually works! Prior to exercising regularly I relied heavily on painkillers. I suffered from chronic pain and thought that medication was my only option. I hated it. I am a healthy person and always felt that I was damaging my organs with such strong medication. Within a couple of months of vigorous exercise I was off ALL painkillers for the first time in ten years. I also learned a huge amount about myself and my inner strength. Something I was unaware I even had! On the tough days when pain reared its ugly head I would hit the gym and work through it. My pain threshold sky rocketed and I was becoming unstoppable (at least , that's how I felt!)

Some of the challenges I have attempted have pushed me to the limit. Each and every experience teaches me something new about myself and because of that I know I will never stop doing what I love.

My first challenge took place in October 2013 where I climbed Muckish Mountain, a trek that should have taken two hours but due to poor visibility, ended up taking six.  After that climb I was bedbound for hours, my body seized up from over exertion but as I went to sleep that evening I did so with a big smile on my face.
Another activity that tested my inner strength was a charity 5k race held  in May 2015. I used this race to practice for a Guinness World Record which I travelled to Holland to attempt in June 2016. The title of the record was 'Fastest 5k On Crutches(One Leg, Female)'. I broke the record by over five minutes however due to a delay on the Guinness World Records website I was beaten to the post by one SECOND. You can read the full story here.

Other challenges to date:

Climbed numerous mountains in three different countries.
Completed the FanDance in Wales. Known as one of the toughest endurance challenges in Britain and included not one, but TWO climbs of the Pen y Fan. It was easily the toughest challenge I have done to date.
Scaled a route of the Sólheimajökull glacier in Iceland and abseiled into a 45 foot ice cave while there.
Climbed sea stacks and the Sturrall Ridge.
Rally and super car driving. 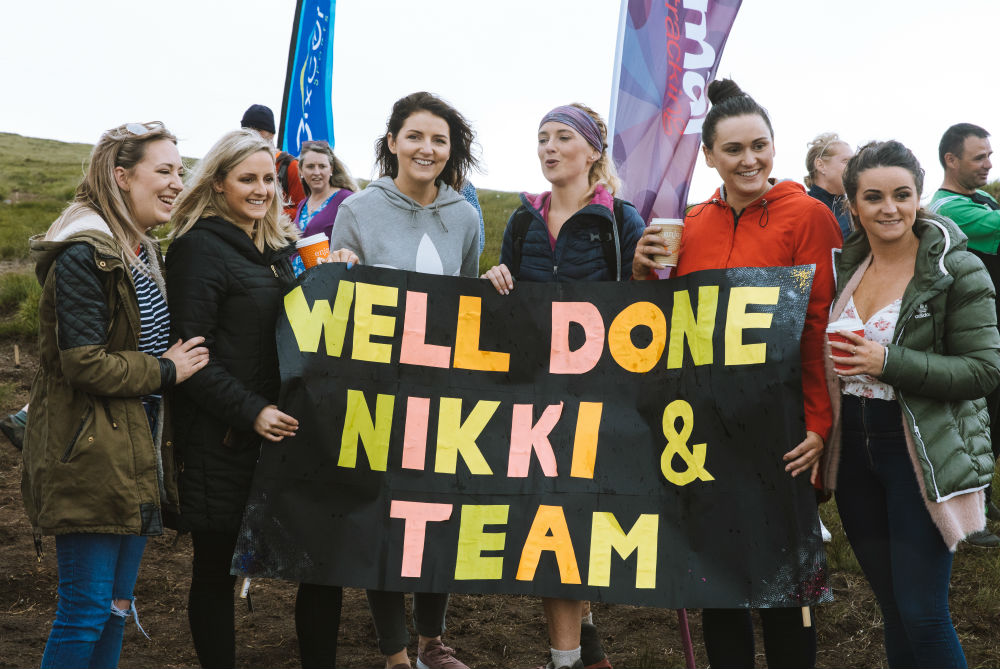 2018 CHALLENGE:
In July 2018, I became the first person to climb FOUR Irish mountain peaks (on crutches) in 32 hours. I was accompanied by climbing legend Iain Miller of Unique Ascent, army sergeant Billy Fanneran and my partner, ex rope access technician, Ian Parke.
The mountains climbed were Carrauntoohil in Co. Kerry. Croagh Patrick in Co. Mayo. Slieve Donard in Co. Down and Mount Errigal in the Hills of Donegal.

First Woman To Abseil Off Fanad Head Lighthouse.
On the 12th of August, 2015, I became the first woman to abseil off one of Ireland's most iconic landmarks; Fanad Lighthouse.

I would love to hear from you so please get in touch  by visiting my Contact page.
Thanks for stopping by!