(Written by Roisin Nestor-Journal.ie)
DIAGNOSED AT THE age of 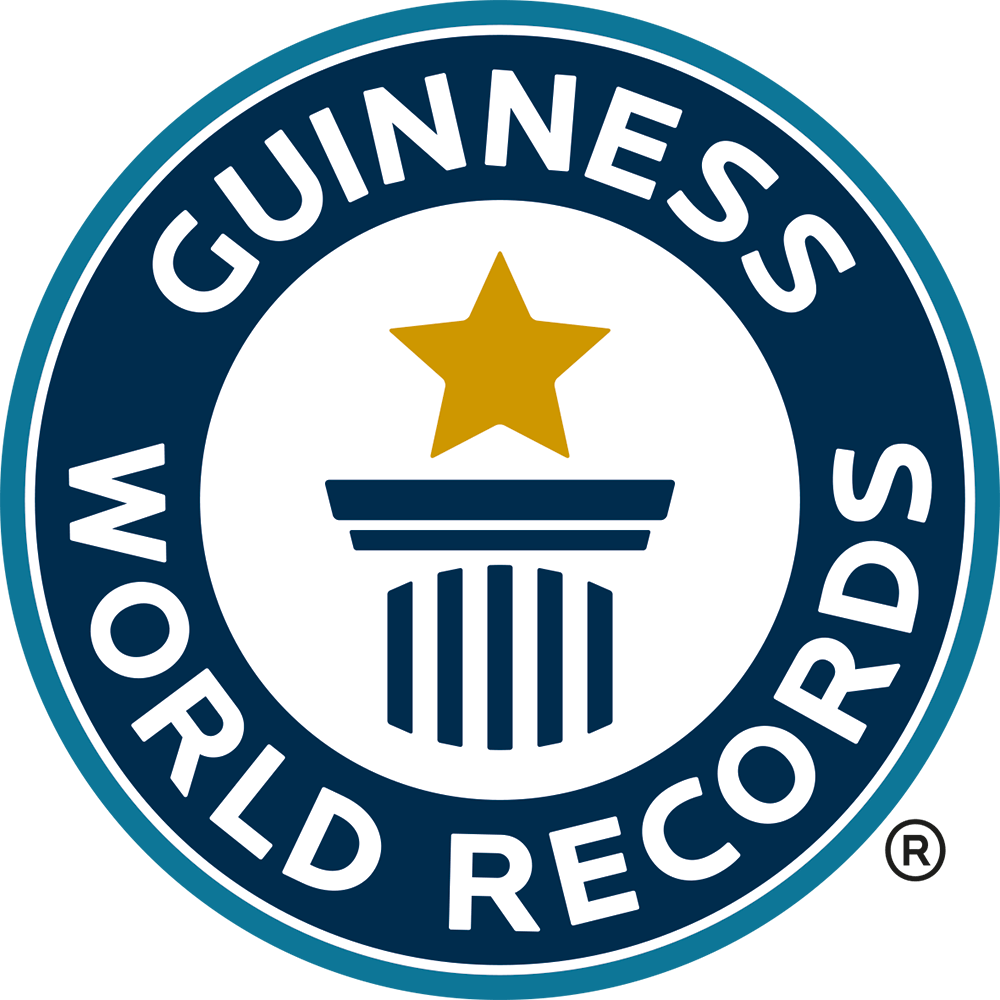 16 with Ewing’s Sarcoma, a rare form of bone cancer, Nikki Bradley hasn’t had a “normal life”.

In 2013, Nikki was told she would remain on crutches permanently. She has also undergone two hip replacements and recently the 30-year-old has learned that she will lose her right leg.
But the Donegal native won’t let anything hold her back.
She climbed Donegal’s Mount Errigal in January this year and trekked across an Icelandic glacier in February.
TheJournal.ie spoke to her after her last two challenges, so it was no surprise to hear she was moving straight on to another demanding feat.
On Saturday 25 June, Nikki is hoping to break the Guinness World Record for the fastest woman to complete a 5km on crutches.
World Record
Nikki is travelling to Tilburg, Holland to team up with Dutch athlete Michael Robbert Brans, who will attempt the same record in the male category at the same time, on the same track.
Speaking to TheJournal.ie, she talked about connecting with Brans through Instagram after stumbling across a post announcing he was attempting the same record. After a quick Skype call, they decided to join forces and attempt the records together.
She acknowledges that she is nervous ahead of next Saturday’s challenge.
Even though it’s something she has wanted for a long time, Nikki explains that the event has become more than just breaking the record. Finding Michael has helped her on a personal level because he is an amputee athlete, a situation Nikki will face one day.
"Being able to hop alongside him is very important for me… Teaming up with Michael and travelling to Holland to do it together feels much more important than whether I actually succeed."
The current record is 49 minutes, but Nikki is hopeful that she will complete the 5 km in 44 minutes or less.
The rules are clear. If Nikki’s right foot touches the ground at any point, she will be immediately disqualified. 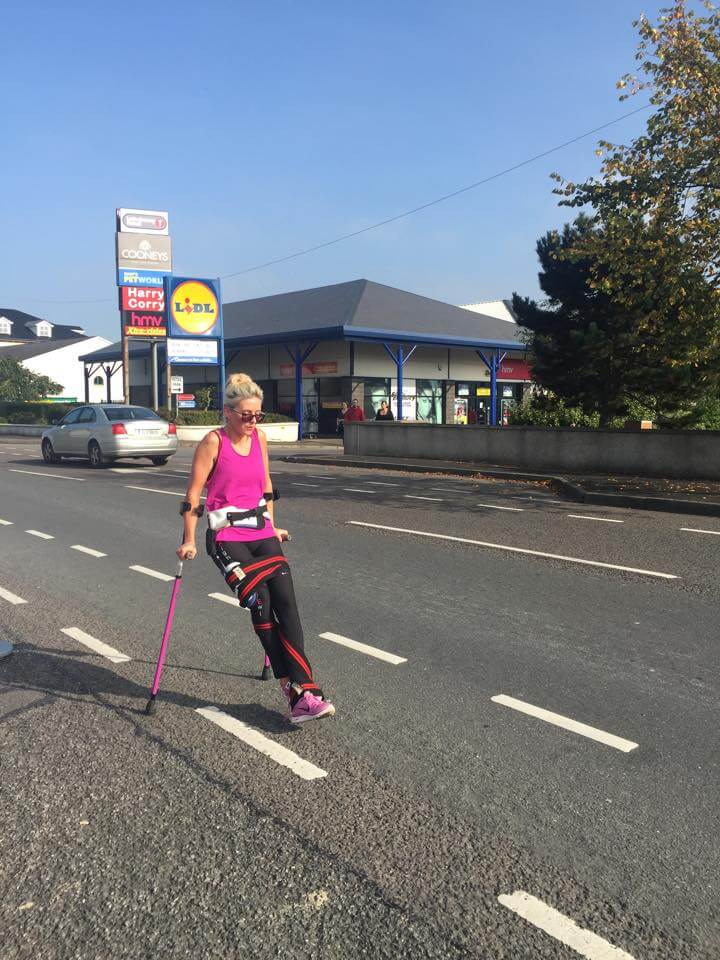 Her right leg will be tied to her left and she will be wearing a harness, as shown in the photo.  “Looking cool is going to go out the window,” she jokes.

Training
Her training for the record-attempt involves going around an Olympic track on crutches repeatedly, trying to figure out pacing and timing.
"I only booked my ticket last Tuesday (7th June2016) but my level of fitness is good enough. This week is going to be hectic, full of very concentrated training."
Trainer Neil Barrett, owner of Fithub Ireland http://www.fithubletterkenny.com/ has been Nikki’s coach for over a year. She says the belief he has in her has improved her confidence.
“He doesn’t go easy on me because I use crutches, if anything he pushes me more because he knows I can take it”.

Challenges
So what is the biggest challenge for this determined athlete? “Dropping things,” laughs Nikki. She mostly uses one crutch, which leaves only one hand free. “Small things, like opening a door when you’ve something in your hand can be annoying”.
Speaking about the surgery to amputate her leg, Nikki says: “It’s not a case of if, it’s a case of when.”
The bone in her right hip is dead, so the procedure will involve removing it and replacing it with something else.
"I’ve come to terms with it but I’d like to get another year or two out of the use of my leg. I’ve a lot left to do."
There are currently discussions with engineers in the UK about designing a custom-made piece of equipment that would fit into her hip-bone and give her a little more time with the full use of her leg.
When I was diagnosed in 2002, I only had the information my doctor told me, there was nothing else. When I opened up to the World Wide Web, I was able to find other people and communities. That helped me stay positive and pay it forward.

Life outside exercise
Even during her down-time, Nikki still enjoys looking for new ways to keep fit. She recently went kayaking with her boyfriend Ian in Marble Hill. She previously thought she would struggle with something like kayaking, but then discovered it was “a brilliant core work-out”.
She runs Fighting Fit for Ewings (FFFE), an awareness campaign that shows that goals can be achieved regardless of physical ability, and emphasises the importance of exercise. She is a columnist with the Donegal News and recently won a TOYP award (Ten Outstanding Young People).
She is also a motivational speaker, using her own situation to help others.

We could all benefit from some advice on challenges from someone as positive and determined as Nikki Bradley, so here are her tips: