As the evenings are drawing in and the last of the summer wine is gone, I have been finding myself thinking of the new year. I know, I am a little premature, but I like to plan ahead. This year has been a rollercoaster of adventure and I want that to continue for 2017!
I believe in signs and when something continues to cross my path or I repeatedly hear about it from various sources, I take this as a sign to investigate further. At the beginning of the year 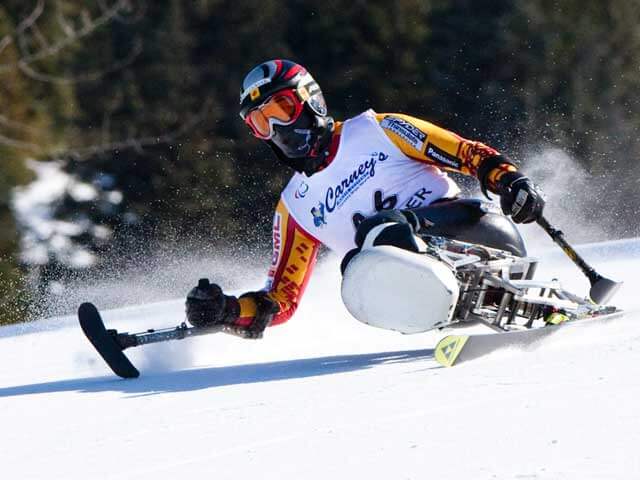 someone mentioned sit-skiing to me. I had heard of it before but knew nothing about it. A quick Google search later and I had kind of dismissed it as it involves bending from side to side. This would require hip strength. As we all know my hip is as weak as a kitten so I figured I would not be strong enough. However, a short while later it was suggested to me by a friend and then again by a reader. The signs were clear. I had to find out more about this activity that refused to go away! I did some more research and was pleasantly surprised with what I found. Not only did I learn more about skiing itself but I found numerous companies who specialise in adapted holidays and extreme sports for people with reduced ability. I love that people like me are not expected to sit on the sidelines any more.
My two friends and I went ice-skating a few years ago and the minute I arrived I knew it had been a mistake. What had I been thinking! Of course I couldn’t ice skate. I became the photographer while they took to the ice looking back at me with sad smiles. I watched them glide around and felt almost tearful in my isolation. They were laughing and joking while I remained alone on the other side of the barrier. A physical and psychological barrier between them and I. I pretended I was fine but that experience stayed with me for a long time afterwards. The realisation that I was different and the disconnected feeling associated with that was hardest to accept. Thankfully I set up Fighting Fit For Ewing’s shortly afterwards and any feelings of isolation or exclusion simply evaporated. The campaign has changed the way I view things. Where once I feared the unknown, I now embrace the excitement of not knowing what lies ahead. My trip to Iceland earlier this year should have terrified me. I was travelling to a crutch users worst nightmare- a country covered in snow and ice. Basically an accident waiting to happen. The old me would have chickened out and cancelled the trip but the new me planned ahead and made sure my crutches were ready for the challenging conditions. Not many people can say they abseiled into a 45 foot ice cave. But I can
I will approach sit-skiing in the same way. I will research it, make contact with the right people, then once I am satisfied that I can proceed, I will book my trip for 2017. I will then probably fall in love with sit-skiing and decide to compete in the next Paralympics... (I’m sure it can’t be that difficult right?)
If any of you have tried it before please get in touch, I would love to hear from you.

Swim Update
I am just entering my fourth week of swimming lessons and I am genuinely surprised to still be alive. For those who are unaware. Swimming. Is. Tough. However it is also strangely satisfying. 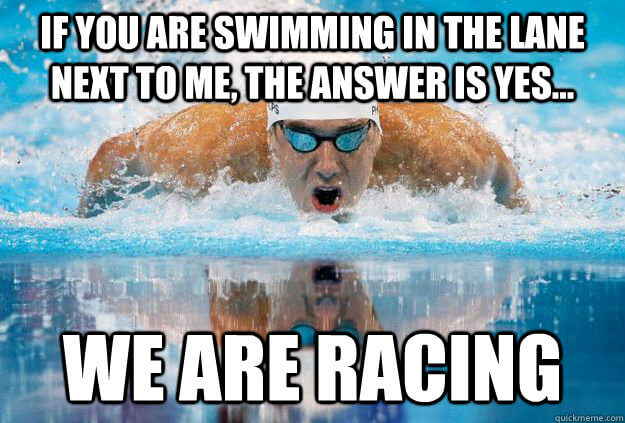 I have started referring to Thursday as my ‘CTD’ (Crazy Training Day) I meet Neil in Fithub at 4:30pm where he does his best to destroy my muscles. I leave the gym at 5:30 and flop into the water for 6pm where I will remain until 7:30 or 8pm. As I clamber out of the pool resembling a prune I head for the showers and pray I can stay upright long enough to wash my hair. I leave the Aura a broken woman with legs made of jelly and damp hair. If I’m really tired I am likely to make a show of myself on the way out. The first week I slipped on the tiles twice in the space of three seconds. Last week I made it out of the actual building but then knocked my flipflop off and had walked forward before realising. I then had that awkward little shuffle moment where I tried to get a wet flip-flop back on while trying to pretend that I wasn’t bothered. As you can imagine I failed miserably.
Wet flipflops and prune like skin aside, I am really enjoying my lessons with Gavin. He is an excellent instructor and is not afraid to push me which I appreciate. Last week we managed seven unbroken lengths which was a decent improvement on the four lengths from the previous week. The end goal of 60 lengths seems like a mammoth task but I am confident we will get there.
Stay tuned!