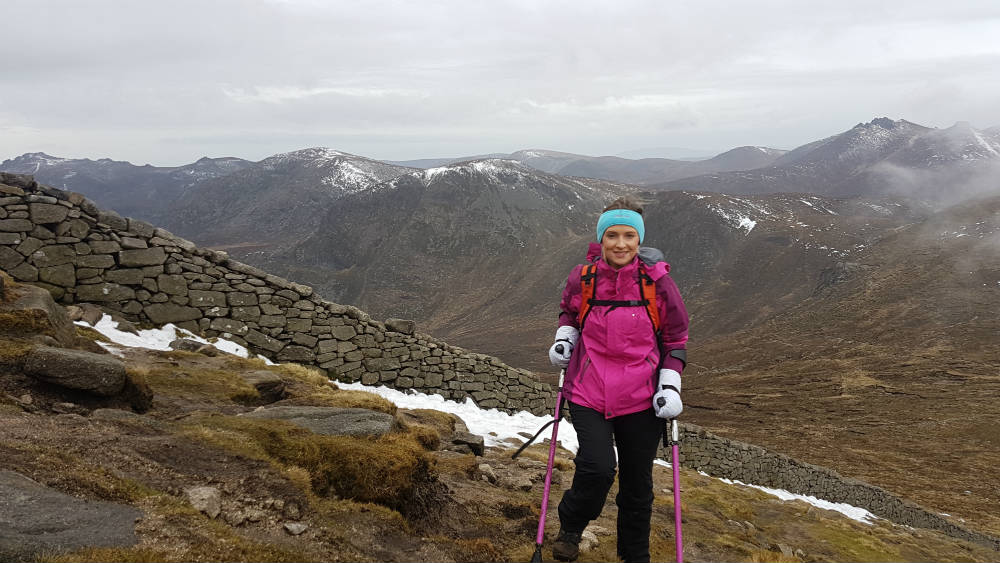 I am sore and tired today and feeling every one of my 32 years of age. I am also feeling a little sorry for myself.
Iain Miller and I travelled to Co. Down yesterday to climb Slieve Donard. This was my first ascent of the beautiful mound that sits atop a seaside town called Newcastle. It took longer than expected to get there from Donegal which was the beginning of the end for me. (I’ll explain later)

We were blessed with good weather for the entire journey and as I got out of the car I remarked on how mild it felt. Internally I was thanking my lucky stars to not have to walk in driving winds and rain which we have had to do pretty much all winter.

The walk in was surprisingly enjoyable and reminded me of Ards Forrest Park in Co. Donegal. We passed numerous families which was reassuring. I mean, it couldn’t be that tough if children could manage part of it, right?
As we made our way upwards the smiling families were replaced with couples out for an afternoon trek and again I was reassured that it couldn’t be that difficult...
Our first issue involved a long set of ‘steps’ which were completely covered in ice. We met some people on their way down who warned us that it got worse the further up you went. As I struggled forward I visualised a particular compartment in my car boot and I sighed with frustration.  In that compartment, all snuggled up warm and dry, lay my crampons.

We made it as far as the wall and two things hit me simultaneously. 1) The view- wow, it was stunning. I felt transported to a different country as I took in the beauty of the Mourne Mountains.
And 2) - The wind. My hopes for a calm ascent dwindled with each upward step.
Things began to go downhill roughly half an hour into the second half of the climb. I noticed a significant lack of energy and slight nausea building which was concerning. My pace had slowed and it didn’t feel like I was making much progress. I looked up into the dark clouds that covered the summit and noted how they matched my mood. As I trudged on I began to feel annoyed with Irish weather. I thought back to the past four or five climbs I have been on and realised I had been basically assaulted by the wind and I was sick of it! I knew it was game over by that point. Fighting pain and discomfort is one thing but doing that along with fighting a negative frame of mind is much more difficult and it got the better of me in the end. 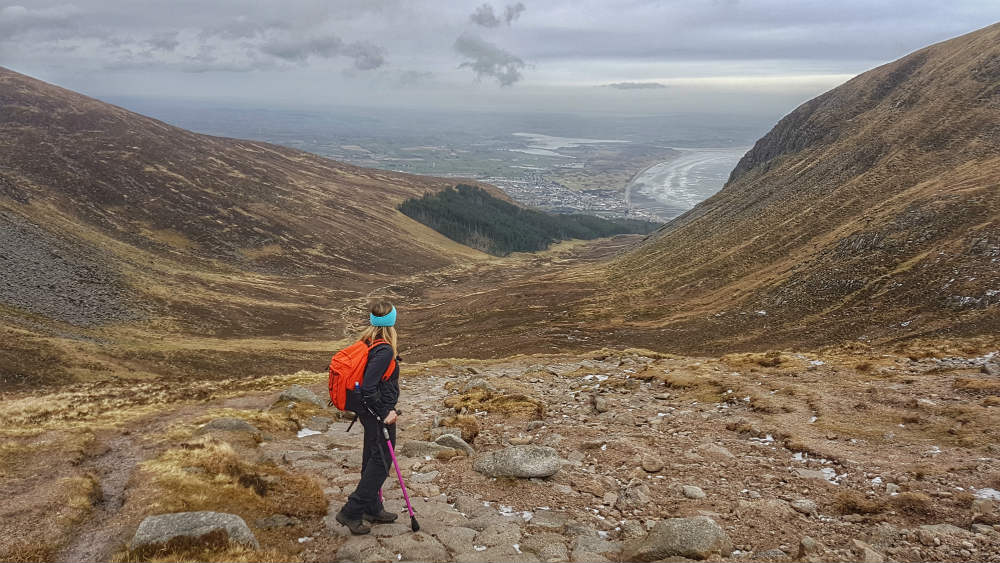 I made the decision to turn around approximately 100 metres from the top and I was happy with my decision.
Yesterday wasn’t about summiting. It was about feeling the terrain, familiarising myself with the area and memorising the landmarks. It also turned out to be a valuable lesson in preparation. I failed to prepare which means I prepared to fail.

Things I didn’t do:
Pack my damn crampons.
Eat properly before leaving my house.
Pack enough food for the climb.
Plan the day correctly.

Things I did do:
Acknowledge and learn from my mistakes.
Appreciate the enormity of the challenge I will face on July 21st.
Start taking this shit seriously.

This entire process is a huge learning opportunity for me and despite setbacks and ‘bad days’ I am absolutely loving it. That sentence seems contradictory after what you have just read but it’s true. There is a bigger picture happening right now, one I cannot fully appreciate yet. I am learning and improving. Regardless of whether I am successful on the 4 Peak Challenge, I will walk away a better, stronger person and that is worth a million days like yesterday.