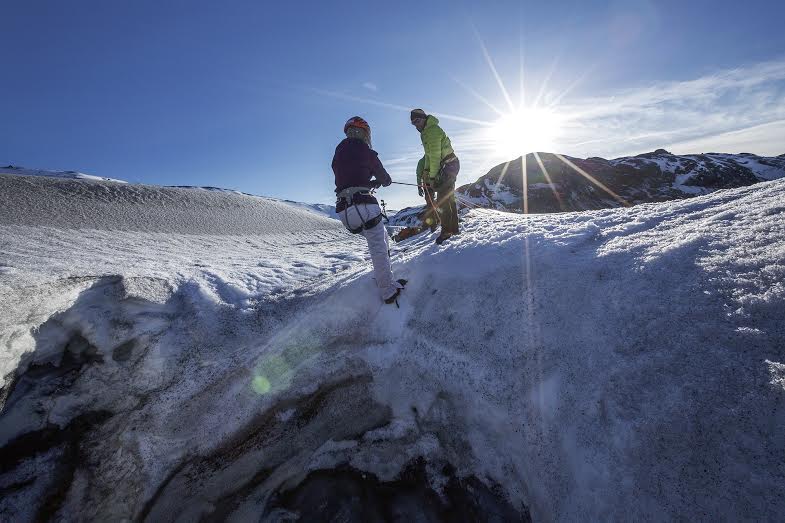 Our trip to Iceland has generated huge interest from the national media. I found myself in Cork recently where I shared a couch with Maura and Daithi on The Today Show. Prior to that I was on TV3 and UTV. As great as this has all been it would not have been that appealing had it not been for the awareness it raised. Over the past number of weeks I have received emails from people from all over the world who have spotted the story online and have felt the need to get in touch as a result. I have spoken with Ewing’s survivors, the parents of amputee patients, people recovering from serious illness and everyone in between. I have been honoured and humbled by their kind words and touched by their stories. There are so many people out there living with a burden yet their overwhelming positivity shines through despite their situation. I have been blown away by the courage displayed by these families and have felt encouraged and inspired to keep going with my own journey.

Although you may have read about our trip to Iceland I wanted to give you a brief overview.
On Friday the 26th of February Paul Doherty, Ian Parke, Denis Ferry, Leslie O’Donnell and I met 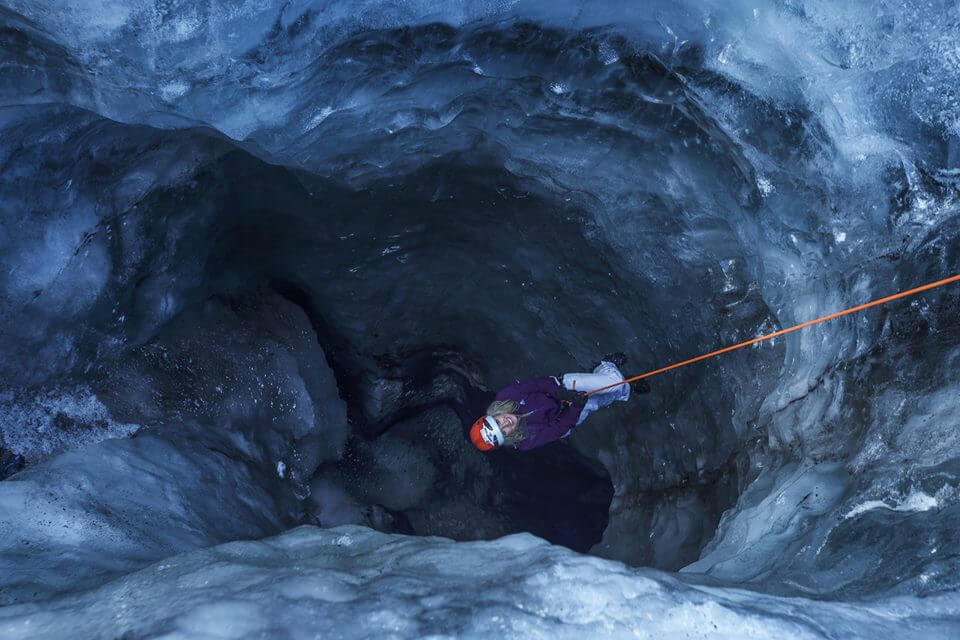 in the Mt. Errigal Hotel carpark at 3:30am (well actually it was closer to 3:40am because I was late). We hopped into our car and headed for Belfast where an Icelandic adventure awaited us. The four days that followed were action packed. I was adamant that every moment would be filled with activity and the team made that happen. We made our way to the Sólheimajökull glacier early Saturday and after a series of safety briefings we carefully trekked to the base of the glacier. Once there we were asked to put on our crampons as it was impossible to go any further without them. This was the part I was most apprehensive about. Would my crutches be good enough to tackle a glacier. Without them, crampons on my boots were basically useless. I had arranged for my crutches to be decked out with suitable attachments but it was impossible to test them prior to our trip. As I took my first steps I felt instant relief as the strength in the grip was more than adequate. What happened next can be read here but suffice it to say, we returned home tired but happy.
I would like to dedicate this blog to the team. (I don’t know if you can dedicate a blog but I am doing it anyway!) I couldn’t and wouldn’t have done this trip without them and I want to thank each of them for the part they played in making Iceland the unforgettable experience that it was.
To Les and Denis, or Des and Lenis as I keep calling them. Thank you for your driving and 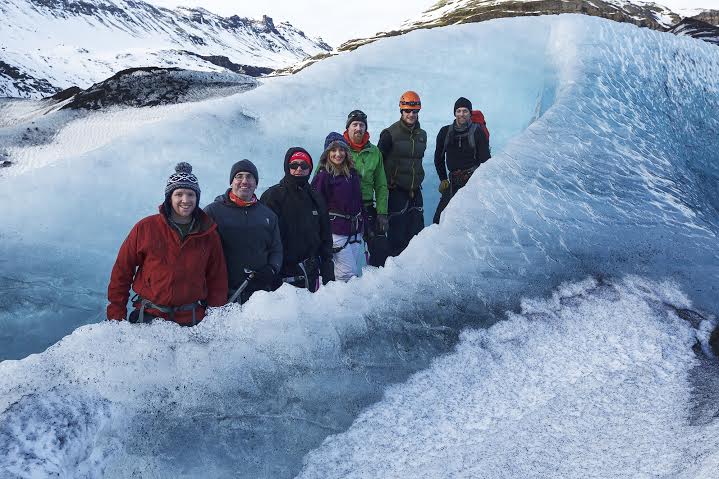 navigating expertise. Thank you for making us laugh and for ensuring our safety at all times. Despite having two of the busiest garages in the northwest you took time off to accompany me and for that I am truly grateful.
Paul, your photos and film footage is honestly some of the best work I have ever seen. You are unbelievably talented and I am so lucky to have had you there. If you could stop quoting terrible song lyrics though I 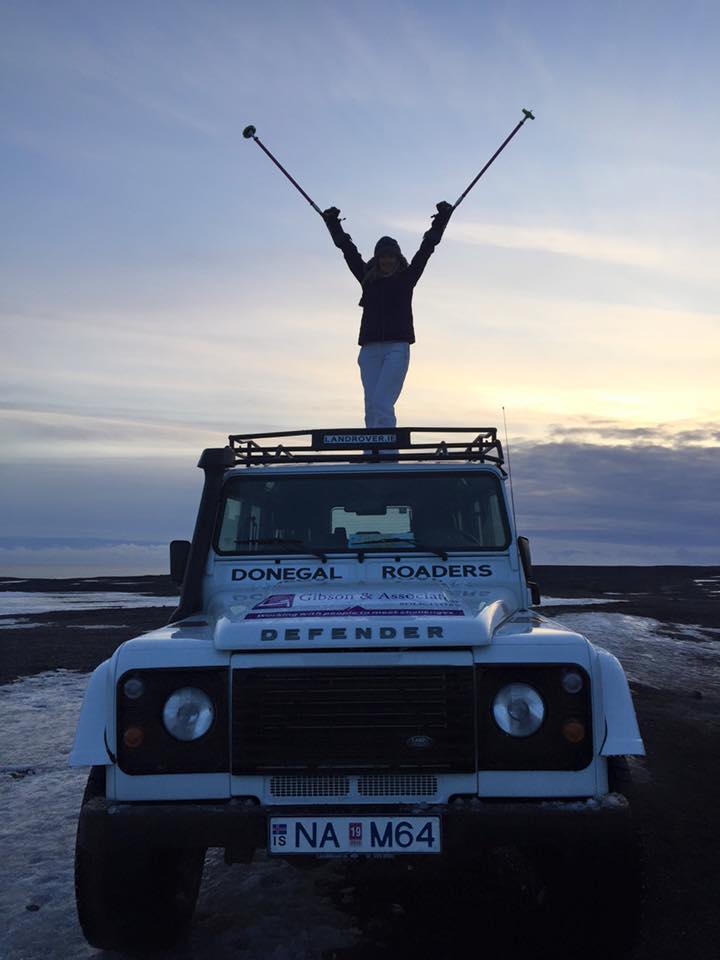 think we would all appreciate it;)
Ian, thank you for taking care of me. I don’t usually like to admit that I need to be taken care of (ruins my street cred) however there were times that I would have been a little overwhelmed had you not been there to keep me calm! I am so glad I got to share this experience with you and I hope it is the first of many!
I would also like to take this opportunity to thank our amazing sponsors Gibson & Associates Solicitors for everything they did to help get us to Iceland. I met with Daireann Gibson prior to leaving and explained what I hoped to achieve with the trip. After a quick chat I realised he
completely understood without me having to say any more. His whole team have been fantastic and have gone above and beyond in terms of support. They posted regular updates on their social media while we were away and they sent personal messages of support when we got back. We were very lucky to have them on board. Thank you Daireann, Lisa Boyle and John Hession.
And lastly, to the people of Donegal and beyond. Thank you for being there from the beginning.
I have been on this crazy ride since 2013 when I set up the campaign and you have been there every step of the way. I will be forever grateful.